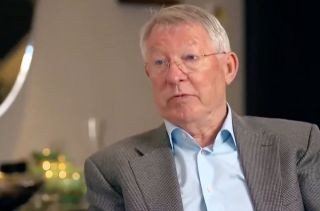 Former Manchester United manager and footballing royalty Sir Alex Ferguson has been speaking to Gary Neville ahead of the Red Devils’ Premier League match against Fulham.

During Sky Sports’ build-up to kick-off at Old Trafford, ex-defender turned pundit Neville had a sit-down chat with his old gaffer.

Discussing how the Scottish tactician kept his sides motivated during a managerial career that spanned nearly 40 years, Ferguson recalled how he used an example of migrating geese as a way to demonstrate collective desire.

“I would lie in bed at night thinking of ways to motivate players.” 🛏

Sir Alex Ferguson speaks to @GNev2 about how he continued to instil a ‘working mentality’ in his players’ mind during his time at #MUFC. pic.twitter.com/oPz1iW07ze