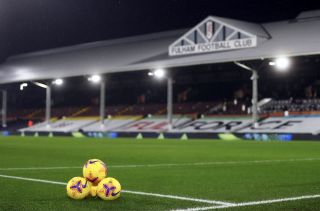 The game, which is certain to be a dead rubber, sees the Red Devils already qualified for the Champions League next season and the Cottagers’ top-flight fate sealed.

Scott Parker’s men will spend next season in the Championship following a disastrous campaign.

Although United manager Ole Gunnar Solskjaer will be hoping to cement his side’s place inside the Premier League’s top two, the Norweigan is likely to name a changed starting eleven.

It would be fair to expect the United boss to play it cautiously as he prepares his side for a Europa League final on 26, May, against Villarreal.

Both sides have previously met one another on a total of 85 separate occasions, in all competitions.

United have come away victorious on 52 occasions, drawing 19 times and losing the other 14 matches.

Although Tuesday’s game leaves nothing to play for, for either side, from Fulham’s perspective, getting a win against one of England’s biggest clubs is always a challenge.

In addition to the added incentive of beating United, the Londoners will be looking to head into next season in the second tier in good form and a win away at Old Trafford would certainly do wonders for the squad’s morale.

It would be fair to assume that given the circumstances surrounding Tuesday’s match, Fulham will name their strongest available side, while the Red Devils will look to make a handful of changes – likely leaving out several of their key players.

Although, given the recent news, a commanding performance could do wonders as the club continue to sound out Tottenham Hotspur striker Harry Kane.

Because of this, it would be fair to assume that the soccer betting markets will be slightly closer than they would if the Red Devils were at full strength.

There will be some major value in the markets if you fancy Fulham for an upset, or even to score at least once, but playing it more cautiously, a safer bet could be to bet on a certain player to be carded and doubling up with the correct winning team.

Looking ahead of the likely lineups, Fulham are one of the league’s most booked teams, attacker Bobby De Cordova-Reid (7 in 25 starts) and midfielder Andre-Frank Zambo Anguissa (6 in 26 starts) are the side’s most carded players.

A good bet would be to pick either De Cordova-Reid or Anguissa to get carded and add United for the win as a high value double.

Tuesday’s game is scheduled to kick-off at 6pm (UK time) on May 18, 2021 and will be played live from Old Trafford.