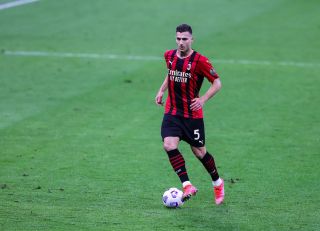 It doesn’t sound like Dalot will be an option at right back next season, which makes us think there might be something in those Kieran Tripper reports. The England international wouldn’t start every game ahead of Aaron Wan-Bissaka, who I rate highly, but he would add a wealth of experience to the squad and there’s no denying that he is better than AWB at crossing the ball into the box.

Calciomercato claim Dalot wants to remain in Milan which ultimately depends on whether the Serie A outfit can agree a transfer fee with United. Like we saw last summer with AS Roma and Chris Smalling, a lot of the Italian clubs are struggling to spend how they’d like to – not to mention they’ve recently given Zlatan Ibrahimovic a new contract.

The report claims the Portuguese full-back would command a figure between €10m and €15m.

That means United have accepted they will make a loss on Dalot.