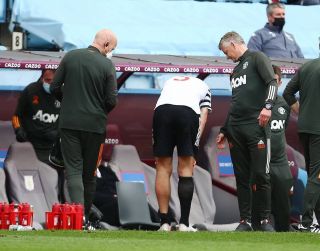 Manchester United can go an entire season unbeaten away from home.

All 6 of our Premier League defeats this term came at home and the Reds travel to Wolves on the final day of the season. A win or draw against Nuno Espirito Santos’ side next Sunday would see us pull off a historic achievement.

United can become just the third side in Premier League history to go an entire season without losing on the road, according to the Daily Mail.

Having a good record away from home will be crucial in our bid to challenge for the title next season, but at the same time our home form must significantly improve.

Hopefully with better players next season we can have a real go at Man City. I suspect Chelsea will be up there in the top three as well. Maybe Leicester too if they can make a good addition or two to Brendan Rodgers’ squad after winning the FA Cup.