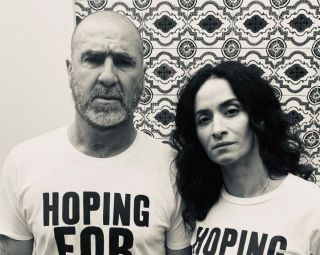 At least 139 people have been killed since Israel started attacks on Gaza last Monday.

The 54-year-old shared his photo on Instagram wearing the t-shirt designed for an NGO, Hoping Foundation.

He poses alongside his wife Rachida Brakni who is wearing the same shirt.

The Manchester Evening News are giving away a copy of Eric Cantona’s new United documentary.