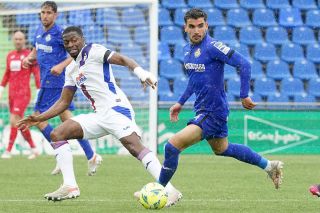 There is no denying that Manchester United are a number of players away from challenging for the Premier League title.

Finding a top class centre-back and right winger needs to be the priority over the coming months, with Edinson Cavani staying therefore ending the search for a new recognised goalscorer.

United could also do with better options in the centre of midfield as Roy Keane pressed on after the 4-2 defeat against Liverpool on Thursday night. He raised questions about Scott McTominay and Fred not being enough when playing at the top level.

It is unlikely that lots of money will be spent on United’s midfield this season (or lots of money full stop, but AS have reported that Getafe midfielder Mauro Arambarri has emerged as a transfer target.

The 25-year-old is a star in the Getafe team, and it’s suggested that he has a €25m buyout clause. The report claims that the Red Devils have already reached out to his representatives.