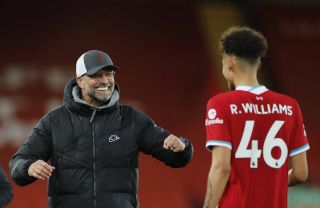 The Reds host Liverpool tonight in a re-arranged Premier League fixture after the previous match was postponed due to anti-Glazer protests.

There could be more fan protests against the Glazer family tonight, but we will proceed on the basis the game will go ahead this time.

Manager Ole Gunnar Solskjaer made 10 changes to the side which beat Aston Villa on Tuesday night against Leicester, and we’re expecting more of the same tonight.

The opposition have some injury problems in defence, leaving Jurgen Klopp without Ozan Kakak as well as Virgil van Dijk, Joe Gomez and Joel Matip (the latter trio have been pretty non-existent this season anyway) – for the Thursday night clash, but has reiterated his faith in a 20-year-old with little experience of playing in big Premier League games like this one.

Speaking to the press ahead of the clash at Old Trafford, Klopp said he’s confident with both Nat Phillips and Williams.

“My job is to train them from time to time and you cannot just put the boy on the pitch and if he’s not in shape in that moment you have to find another solution,” Klopp is quoted as saying via HITC.

“You don’t line a player up, especially a young one, and just hope that it will work out. At the moment when the boys show up in training when they have the momentum then it is a good moment for them, and yeah, Rhys for example is now in a really good moment and that helps obviously.”

Our instructions are clear. Give it to Edi Cavani! 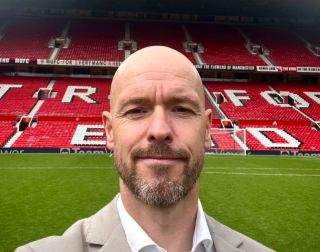