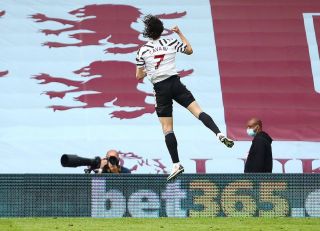 Ole Gunnar Solskjaer has named his starting eleven to take on Liverpool in the Premier League tonight. Bruno Fernandes captains the side.

The game spells the end of United’s run of four games in eight days, which is a lot when the team should be preparing for a Europa League final.

We are cruising towards a comfortable second-place finish and Liverpool look set to miss out on the Champions League. That doesn’t quite make up for Man City winning the side, but it helps but a smile on my face at least.

There’s been progress in the league, but the next step is the big one. Can be leap towards competing for the title next season?

United will have to do without club captain Harry Maguire, as the centre-back joins Anthony Martial and Phil Jones on the injury list. Other than that, the squad is just jaded.

Here's your United XI to take on Liverpool 👊