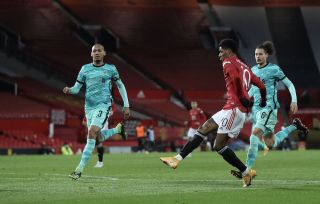 Manchester United will be looking at getting back to winning ways when they face Liverpool in the Premier League at Old Trafford on Thursday night.

The Reds go into the game on the back of a disappointing 2-1 defeat to Leicester City on Tuesday night while the visitors ran out 2-0 winners over Southampton last weekend.

Ole Gunnar Solskjaer is expected to make a host of changes to his starting eleven to face Liverpool with Dean Henderson, Bruno Fernandes and Marcus Rashford all likely to return.

With defeat to Leicester City still fresh in the minds of the United faithful, Thursday’s match against Liverpool offers the Red Devils an opportunity to bounce back and put Tuesday nights defeat behind them.

The Reds may have secured a top-four spot but second position remains uncertain and United will have to return to winning ways should they wish to secure it.

Liverpool have endured a poor season this time around and are a shadow of the team that stormed to the league title last year.

The absence of skipper Virgil Van Dijk at the back has hit Liverpool hard this season. Without the Dutchman at the back they are simply not the same side and it’s that defence which Solskjaer will no doubt look to exploit on Thursday night.

Having already beaten Liverpool earlier this year in the FA Cup, Solskjaer knows what it takes to get the job done. 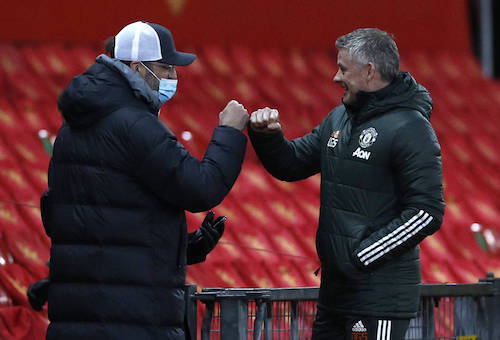 There have been seven goals scored in Man United and Liverpool’s last three encounters.

If United can grab an early goal it could go a long way to deciding the outcome of the match. Rashford and Greenwood’s pace last time around caused Liverpool’s defence havoc and if the Reds can put in a repeat performance then United should have too much for their rivals and take all three points.

Beating Liverpool would all but secure second place in the league for United – guaranteeing the club a place in next season’s UEFA Champions League.

With the Europa League final in Gdansk, Poland to come Thursday night presents Solskjaer a perfect opportunity to end the campaign on a high and make this season a successful one for the club.