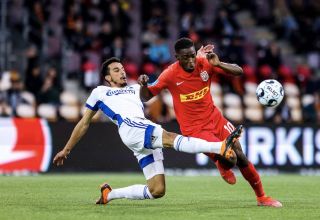 That’s according to The Sun, who claims Sulemana has been a target for the Red Devils for quite some time and following his latest heroics, could be set to secure a big summer move.

Having joined FC Nordsjaelland on a free transfer at the beginning of 2020, Sulemana, 19, has gone on to feature in 40 matches, in all competitions, scoring 14 and assisting a further six goals along the way.

It has been claimed that the Red Devils’ recruitment team have been so impressed by the teenager that they’re preparing to launch a £15m bid in order to secure his services. 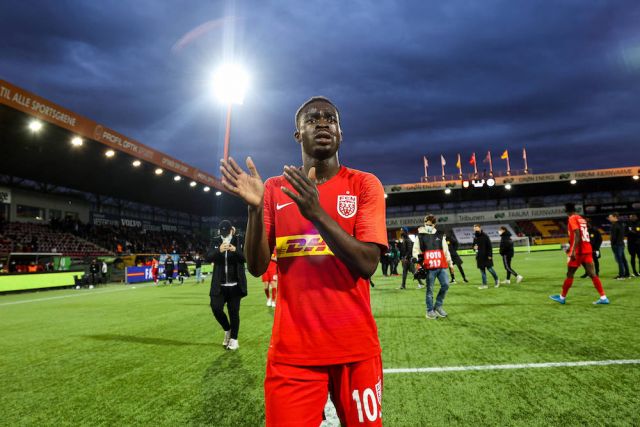 Sulemana scored during his side’s 2-2 draw against FC Copenhagen on Monday.

However, if United are going to be successful in their pursuit for the exciting and predominantly left-sided winger, they will need to act fast.

The Sun say that the Red Devils are not the only top European side in the mix for Sulemana, with Ajax, Bayer Leverkusen, Lyon and Monaco all interested too.

Despite the strong suggestions one of Europe’s biggest sides could be preparing to land the highly-rated African, a transfer could be tricky.

Given the new post-Brexit transfer and registration rules, FC Nordsjaelland’s Sulemana does not currently have enough points to successfully gain a work permit.

However, there are two ways the winger could become eligible, the first would be if the Danish league climbs one place in UEFA’s co-efficients rankings.

The second would be if Sulemana makes at least one more competitive international appearance for Ghana – that too would see the teenager’s eligibility points increase.

Either way – should The Sun’s report be anything to go by, it certainly sounds like Ole Gunnar Solskjaer and his staff are big admirers of the young attacker.