Despite playing against Aston Villa on Sunday afternoon, the Red Devils are already set to host Leicester City in the Premier League on Tuesday night.

With Tuesday’s top-four clash the second of four fixtures in the space of nine days for United, manager Ole Gunnar Solskjaer will undoubtedly be forced into making some squad rotations.

Ahead of the exciting tie and with United now successfully securing Champions League next season, we have predicted how we expect the Red Devils to line up. 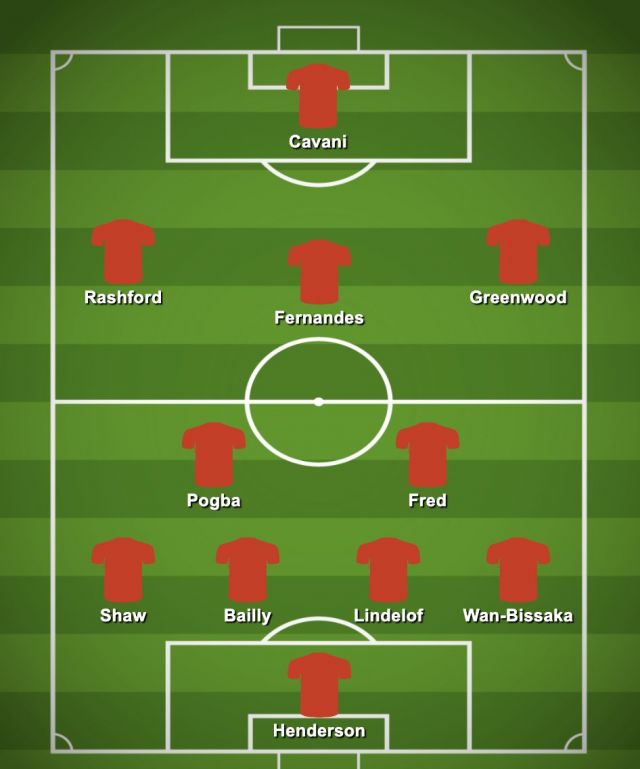 Although it wouldn’t be surprising to see David De Gea recalled to the lineup, Solskjaer continues to make it clear that Henderson is his preferred domestic keeper, therefore, resting De Gea ahead of the Europa League final later this month would be the obvious choice.

In addition to Henderson, following an untimely injury to captain Harry Maguire during Sunday’s match against Aston Villa, I would expect Solskjaer to name his usual back four with the exception of Bailly coming in, in place of the skipper.

Elsewhere, I expect Solskjaer to revert back to a familiar 4-3-3 formation, with a midfield comprising of Fred, Pogba and top goalscorer Fernandes.

Worth noting though – having failed to make Solskjaer’s bench last weekend and with the club now mathematically certain to finish inside the league’s top-four, I fully expect fans to be treated to a showing from exciting winger Amad.

It is unlikely the young attacker will start though, but I do expect to see him introduced at some stage.

One response to “Man United predicted line-up vs Leicester City: Amad appearance but Maguire a doubt”