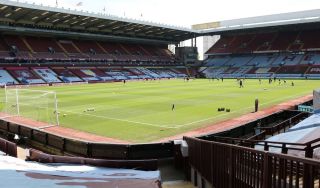 Coming into the match, United will be looking to bounce back from a mid-week European loss (3-2) against Roma.

Domestically though, the Red Devils are in better form and currently boast a 13 game unbeaten run.

In light of last weekend’s fan protests that resulted in their game against Liverpool being postponed, Ole Gunnar Solskjaer’s men now have two league games in hand.

Looking to cement their place among the league’s top-four, a win against Aston Villa would all but seal United’s European qualification for next season.

Elsewhere, the Villians sit mid-table and will be hoping to finish their second consecutive top-flight season on a high.

Ahead of the exciting match, both sides have confirmed their starting eleven.

The biggest news from a United perspective is that goalkeeper Dean Henderson has reclaimed his place in between the sticks following David De Gea’s inclusion in the Europa League.