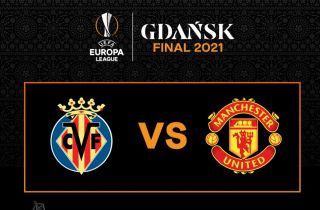 We’re in the final. Time to end the season strongly.

Manchester United managed to make hard work of qualifying for the Europa League final, despite winning the first leg of their semi-final tie against AS Roma 6-2. The game finished 3-2 in favour of the Serie A outfit but it wasn’t enough as they lost the chance to reach with final after losing 8-5 on aggregate.

The semi-finals were more problematic for our Premier League rivals, Arsenal, who lost the first leg 2-1 before tonight’s scoreless counter. Mikel Arteta’s side missed out on the opportunity to make it an all-English final against their former manager Unai Emery.

Emery knows a thing or two about winning the Europa League having done so three times as Sevilla manager. A player we’ll be keeping an eye out for is Pau Torres since he’s been heavily linked with a move to Old Trafford this summer.

Roma, who will be coached by former United boss Jose Mourinho next season, were the better team on the night but United knew beforehand they hand one foot in the final. Former City striker Edin Dzeko headed in from close range and soon after Bryan Cristante fired in on the hour.

David de Gea has become the club’s Europa League goalscorer (in other words, second choice) but he made some impressive saves from Pedro and Henrikh Mkhitaryan. However, he wasn’t able to stop teenager Nicola Zalewski grabbing the winner on his debut.

Edinson Cavani scored both goals for the Reds – and it was Solskjaer’s first semi-final win as United manager, after losing four since taking charge.

Ultimately, I said it when the knockout stages began that I felt confident against every team in this competition and that feeling has remained throughout. It doesn’t change for Villarreal.

Come on Ole, your first trophy as United manager!