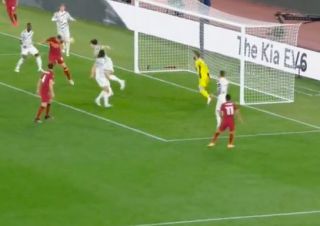 Manchester United have gone into self-destruct mode in the opening stages of the second-half against Roma in the Europa League semi-final second-leg.

United led 1-0 at the break through Edinson Cavani’s thunderous strike and looked like they were breezing through to the final.

But Ole Gunnar Solskjaer made two changes of his full-backs at the break as Brandon Williams and Alex Telles replaced Luke Shaw and Aaron Wan-Bissaka.

And the defence has been all at sea since the pause, with United now trailing 2-1 on the night in the Italian capital.

United have David de Gea to thank that they are not further behind after a calamitous few moments.

See the goal below. Footage courtesy of RMC Sport: