The backlash Graeme Souness received after his uninformed outburst about Manchester United fans’ vehement protest against their Glazer ownership was about as predictable as the response to the European Super League proposal.

Thousands of United fans descended on Old Trafford and the nearby Lowry Hotel to voice their disdain at the American owners who have treated them with contempt for 16 years ever since their leveraged takeover.

Wild protests ultimately led to the postponement of United’s Premier League fixture against Liverpool, as 200 supporters accessed the pitch and the players were blocked from leaving the luxury hotel.

“We decide where you play,” the banner of United fans who infiltrated the Carrington training ground last week read, and they stuck to their word on an emotionally-charged Sunday.

The outrage at the European Super League debacle, including Joel Glazer’s hollow apology that followed, reignited the fire in a fanbase who have long not trusted their self-interested owners.

But former Liverpool man Souness took the opposite view, focusing on net transfer spend and bizarrely defending the men who plotted an attack on football as we know it merely a fortnight ago.

“I don’t think it will (have an impact). The Glazers, since Fergie retired, have given successive managers over a billion pound to spend. I think it’s £719million net spend over the eight years,” Souness told Sky Sports, as quoted by the MEN.

“I think it’s born out of United not being top dogs as much as what happened last week [Super League fiasco], I think that’s another excuse to have a go at them. These are serious, serious business people, I don’t think this will impact on their thoughts. I really don’t.”

Inattentive Souness clearly wasn’t aware that the last Glazer protests that gained major traction, the green and gold campaign, was in 2010 where Sir Alex Ferguson’s side were at the peak of their powers.

Supporters can see the bigger picture than on-field dominance that they were spoiled by in Ferguson’s unprecedented era of sustained success.

The Sky Sports pundit is not wrong to note United’s lavish net spend, but he fails to explain that their ownership has saddled the club with over £400m of net debt and have capitalised on the commercial revenues of a global institution for their own profit.

United’s power in the transfer market is funded by the money from supporters (TV incomes, merchandise etc) that the Glazers don’t take out themselves, rather than cash injections from the American billionaires.

Spending similar funds to clubs with owners who have bankrolled them for years with significant investment is no defence for their negligence.

The Glazers have had no regard for United fans and Sunday’s furious protest was the only way they felt they could be heard. 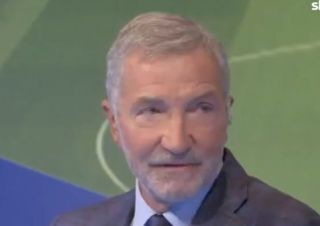