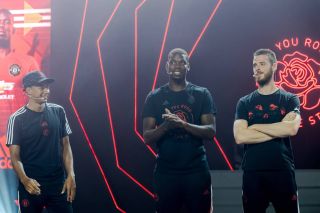 Adidas are said to be becoming frustrated with Manchester United after a downturn in shirt sales, according to the Daily Mail.

It sounds like the kit manufacturing company are getting cold feet over their deal which costs them in the region of £78m-a-year.

The report claims that Adidas were annoyed with United for their failure to brief them on plans for their involvement in the European Super League, which was a PR disaster for all 12 of the clubs involved.

Adidas are also said to be wary of United’s decline in shirt sales. The Daily Mail claim that shirt sales have fallen 100,000 over the last two years.

It’s not often we hear discontent from the club’s sponsors, despite the slack a lot of them get on social media for their involvement with the Glazer Family.

This is the first time Adidas have flagged a problem in the media spotlight and as one of the club’s biggest revenue streams, it cannot be ignored.