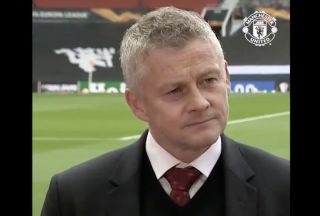 Coming into Thursday’s game, Solskjaer will be keen to ensure his side can take a strong result back to Italy for the fixtures’ second-leg, next week.

Leading up to the important European clash, Solskjaer has named a strong side that includes recalls for both David De Gea and Paul Pogba.

One player dropped to the bench is teenage attacker, Mason Greenwood. Following a very respectable second-half performance against Tottenahm Hotspur earlier this month, the youngster is unlucky to miss out on a starting place on Thursday night.

Speaking ahead of the clash, Solskjaer said: “If you look at individuals Mason deserves to play, but we felt the second half against Tottenham was a strong performance, we want to see something of the same.”

🗣 The boss explains his thinking behind tonight’s team selection 💭