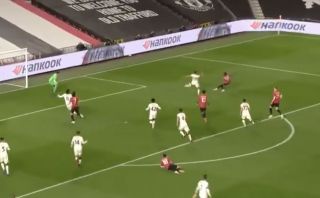 Despite taking the lead inside the game’s first 10-minutes via a delightful Bruno Fernandes chip, the Red Devils were pegged back just moments later.

Shockingly, as the first half developed, it was the Italians who took the lead.

However, after refusing to make any half-time changes, Ole Gunnar Solskjaer held his nerve and his side have not let him down.

Coming out from the tunnel, United have pulled two goals back to take the lead 3-2 – the latest, a tap-in by Cavani following a fumbled effort from Aaron Wan-Bissaka.