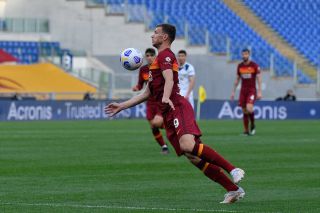 United face Roma over two legs in their Europa League semi-final, starting with the away leg in Rome this Thursday night. Solskjaer has lost four semi-finals since getting the job at Old Trafford and he will hope the lads pull through this time around.

It’s a glorious opportunity to win silverware and I also think it would give the team a much-needed taste for success.

In the Europa League quarter-finals, Roma overcame Ajax and Solskjaer will not be underestimating the challenge at hand. He told MUTV:

“Roma defend well, as Italians always do of course. They’re an experienced team and we all know Edin Dzeko, so any ball in the box is a dangerous one.

“We’re looking forward to it, of course. We’re in the semi-final now and it feels like a proper European tie, because Roma is a club with loads of tradition and history, but we’ve done well against Italian teams before.

“We’re looking forward to it and we’re going into these games hoping to get to the final. If you can finish this season with a final and a trophy then that would be great.”

Dzeko, 35, has 12 goals to his name this season. I don’t think this should cause much reason to panic, but remember how Demba Ba was allowed run through on goal earlier this season, in the Champions League?

Whoever starts at centre-back on Thursday night needs to be at their best. For the second and final, too, if United make it.