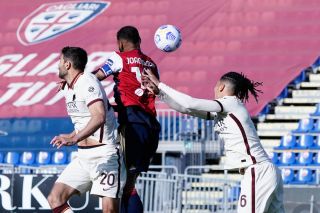 The Reds go into the game on the back of a stalemate 0-0 draw with Leeds at Elland Road in the Premier League whilst the visitors were defeated 3-2 by Cagliari at the Sardegna Arena in Serie A.

The Europa League may not have been top of every reds wish list this season, but it presents United and Solskjaer an opportunity of bringing some silverware back to Old Trafford this season and in facing Roma on Thursday it provides United a fantastic opportunity to progress to the final.

Roma have endured a disappointing campaign in Serie A currently sitting in seventh place and whilst Thursdays encounter wont be easy this is still a game United will expect to win. The Italians defence isn’t what it used to be and with Rashford, Fernandes and co all likely to start Solskjaer will no doubt look to exploit that defence on Thursday night.

Keeping a clean sheet in these types of games can be crucial, with away goals counting as two and if United can keep Roma at bay then it would go a long way to deciding the outcome of the tie.

With Champions League football all but secured for next season winning a trophy would round off what would be a successful season for Manchester United. It may not have been the season we had all hoped for particularly back earlier in the year when the reds were close to the top of the table but it would still be classed as a successful one and would put the Reds in good shape for next season.