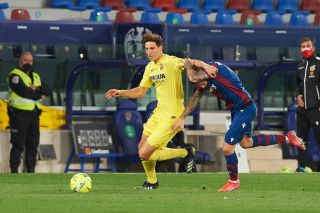 Manchester United transfer target Pau Torres has been talking to other players about high-profile moves.

“Players who have gone through important club, when they talk about an experience they have had, I like to listen to them, both Paco Alcacer and Raul Albiol or Alberto Moreno,” Torres told Spanish publication Sport.

“They tell you things that you have not yet experienced and that you think you would like to experience.”

The centre-back has been excellent for Villarreal this season, helping them reach the semi-finals of the Europa League and there is still a possibility they could meet Manchester United in the final.

Stretty News reporter Leah Smith has claimed United are ‘often in contact’ with Torres, while claiming that the player’s release clause is just above £50m.

She adds that nothing is expected to happen until after the European Championships this summer.

He is definitely a target for #MUFC – the club are often in contact with the player.

Sources have always been quick to tell me that they expect nothing to happen BEFORE this summer's Euros though.

It certainly sounds like Torres will be on the move this summer.

Although Eric Bailly signed a new long-term deal this week, Manchester United still need to sign a top class centre-back this summer. It would make a huge difference going forward – as would a defensive midfielder, who can execute the job of two sitting players.