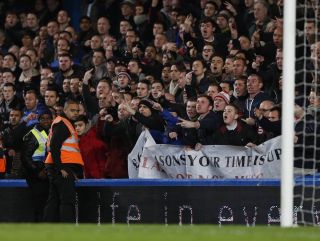 The war of Old Trafford.

As United played Burnley on Monday the rumoured European Super League finally became something very real. We all saw Gary Neville live on Sky Sports go all out on the owners of the six English football clubs involved, and within 48 hours saw its ultimate demise. All six English clubs — one after the other — pulled out, but in Europe three clubs Juventus, Real Madrid and Barcelona have not given up.

We then saw owners issue statements and apologies. Joel Glazer for the first time since 2005 issued a statement via the club. Asking for trust. I think all United fans already know what they think of ‘trust’ when it comes to the Glazer family and their sheer disregard for supporters of the club.

In 2005, the Glazers decided we weren’t fans or supporters. They classed supporters as ‘customers’ and now the European Super League has decided all the supporters are now called ‘legacy fans’. The Real Madrid president seems to have this idea younger fans aren’t interested in football. What I’d say is more true, is these big Premier League clubs over the years have priced families and younger supporters out of the game.

While there is no league in European football which is perfect, there is now some traction for government intervention into English Football following the announcement of the European Super League. One of the main ideas which many supporters will have different opinions on, is the regulations within the German Bundesliga.

Those in Germany have some warnings that the 50+1 model isn’t perfect as some clubs have more investment than others. In my opinion, that idea could be applied to any league in Europe. What the Germans do excel on is supporter representation within their clubs. There is some worry that this can stop investment in German clubs and some do struggle.

What the Government, supporters groups and the football authorities need to do over the next few months is work on a plan. The plan needs to address supporters concerns and protect English football. I’ve seen over the last week lots of angry ex-players and supporters usually quiet on this subject. In the meantime, while Manchester United supporters are United against the Glazers as owners, I’d hope we’d put pressure them to release some control of the club and pressure the Government not to let this slip under the carpet. These six owners have tried Project Big Picture and now they’d tried the European Super League. It’s entirely possible in the next year or two they could come back again.

There’s a petition to bring in the 50+1 rule on the UK governments petition site. 30,000+ have signed at this.

A protest by Manchester United supporters groups is also planned for Sunday before the Liverpool game outside Old Trafford.