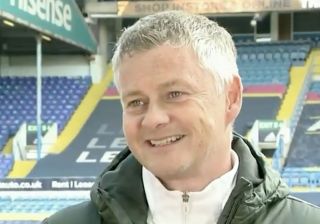 Manchester United manager Ole Gunnar Solskjaer has given a big prediction ahead of Sunday’s Premier League match against Leeds United.

With both sides known for their rapid-paced attacking style, fans are likely to see several goals fly in, potentially at both ends, too.

The Red Devils thrashed Marcelo Bielsa’s Whites 6-2 in the return fixture last year and Solskjaer thinks more of the same could be on Sunday’s menu.

“It’s two teams that want to attack and they attack as quickly as they can.

Read more: Why Daniel James is starting ahead of Paul Pogba for Man United vs Leeds