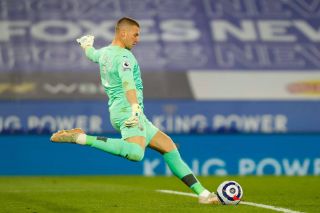 Tom Heaton and Sam Johnstone on the radar.

According to The Sun, Manchester United are keeping tabs on two former goalkeepers ahead of the summer transfer window.

It looks like Ole Gunnar Solskjaer will need quality cover for Dean Henderson next season because as things stand, I would be surprised if David de Gea, Sergio Romero and Lee Grant were all still at the club next season.

That leaves us with Dean Henderson as number one next season, and I don’t think Aston Villa’s Tom Heaton is far behind in terms of quality, which would make him a very strong second choice keeper.

However, The Sun’s report claims that West Brom’s Sam Johnstone, 28 – who was at United between 2009 to 2018 – is their first choice to come in this summer.

Heaton is 35 and has lost his place to Emi Martinez at Villa Park. He gained a lot of experience in the top-flight after leaving United, so he would be a good role model for our young keepers.

The difference with Johnstone is he’s currently first choice at West Brom.