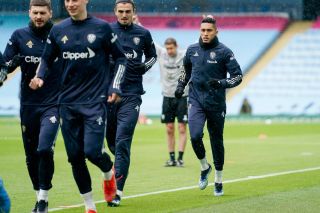 Manchester United face historic rivals Leeds United on Sunday as they travel to Elland Road for the first time in 18-years.

Sadly, the trip goes ahead without fans and it sounds like the owners of some clubs in the Premier League would prefer if that was always the case. It was the backlash from fans and professionals alike that forced the European Super League to collapse.

Fred has admitted in an interview with the club’s official website that Bruno Fernandes has been ‘talking’ about his former team-mate Raphinha ever since he arrived at Leeds last summer.

Ole Gunnar Solskjaer will be asking for tips on what Raphinha doesn’t like should he makes an appearance on Sunday, which could be useful information for our full-backs.

“I wish him a quick recovery and a lot of success in his career. He’s a standout star player for Leeds so, of course, it’s better for us if he’s not on the pitch.

“If he does play, we’ll look to mark him carefully and work on our game-plan as best as possible. We’ll try to nullify his threat to come out on top in this game.”