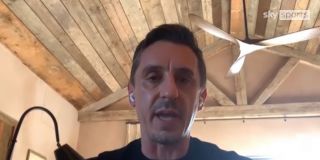 On top of that, a fan-led review is underway, courtesy of the government, which will reportedly look into ownership models to improve the beautiful game in England.

Owners of the ‘big six’ clubs disgraced themselves this week and The Mirror sent a journalist to Palm Beach, where he refused to apologies to United fans for trying to pull the wool over our eyes.

“We nearly lost it, we nearly lost football in this country, in the way in which we’ve always known it which is fair and competitive. And we nearly lost our top six clubs from it. How can we be in that position ever again?” the footballer turned pundit told Sky Sports.

“Most of us would go along with the theory of an apology is acceptable. An apology is not acceptable in this instance, with regards to the six clubs. It can never be accepted, because last Sunday what they announced was the attempted murder of English football.

“They attacked to kill English football forever, and they would have done it if they could. They attempted to take £300m extra every single year for the next 23 years as a guarantee for a different competition that other clubs couldn’t get into.”

Neville, 46, has not held back since the ESL announcement calling for severe punishment for all clubs involved, including his own.

“I think most football fans would be in support of the German model, but we don’t have that in this country, and it’s how we reverse out of that – the only way is not going to be through individual declarations for each club, it’s going to come from government legislation.”

The 50+1 fan-led ownership model would hand more power to the backs in the running of their clubs, the way we think it should be.

That is the ultimate aim of next weeks’ protests – organised by an anonymous group of Manchester United fans – to share the message of fans having a greater say, with a 50+1 model introduced in the future.

We can live in hope. The Glazers certainly won’t like it.