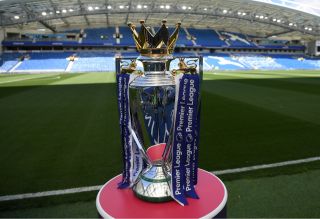 The way football is consumed in the UK changed in England in 1992.

Back the day, even slightly before my time, fans had either Match of the Day on BBC or The Big Match on ITV.

Then Sky Sports came along and changed anything.

It’s when greed really started to impact the game we love, and when the broadcasters began to take control of our game.

More recently, BT Sport have reserved several games each season and Amazon are also getting in on the act.

But now we could be set for more change.

“Sports, like every other visual entertainment content type, is going to be an over-the-top service. That’s just where everything is headed,” DAZN’s Kevin Mayer said to CNBC.

“Traditional pay-TV is declining, both here and in Europe. In most markets in Europe, it never really had the foothold that it had here.

“DAZN is mostly focused in Europe and Asia. They have a big business in Japan and then key markets in Europe.

“It has a global footprint through boxing and a few other sports. That’s what you see in the US and other countries.

“[…] To have staying power, you need to deliver the sports that matter to consumers no matter where they are. And those are local sports.

“So in the UK, the English Premier League and maybe some cricket and maybe some rugby. In Germany, it’s Bundesliga, which is their equivalent to the ESPL. In Japan, it’s baseball.

“So you have to get those local rights in those countries. And that’s how you can make a real service take hold.”

DAZN’s interventions are pretty clear. They pose a threat to Sky Sports and BT Sports, and it’s not like Sky Sport didn’t tarnish the game after putting their dirty hands all over it.

In terms of punditry, I think Sky Sports offer the best analysis. BT Sport can be appalling on European nights because so many of the pundits do not care enough to do research on the other European teams.