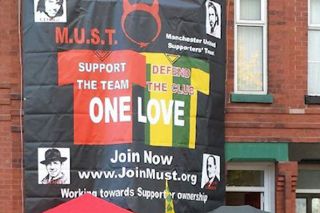 Since the news came about on Sunday, I have yet to interact with a single Manchester United fan who is happy with the new European Super League concept.

The owners went behind everyone’s back — including the fans, players and manager –because of greed. Nothing more, nothing less.

MUST offers a voice from the fans’ and they’re against the Super League as it goes against everything Manchester United should stand for. It should be a criminal offence for owners like the Glazers to bring forward such proposals without any fan consultation.

The timing, too, is appalling. Everyone football club should be pulling together now rather than serving their own greedy interests. MUST explain how it adds insult to the injury, but ultimately it shows how out of touch the Glazers and co are.

“Manchester United Supporters Trust has released the following statement in response to the emerging speculation about the creation of a European Super League.

“These proposals are completely unacceptable and will shock Manchester United fans, as well as those of many other clubs.

“A ‘Super League’ based on a closed shop of self-selected wealthy clubs goes against everything football, and Manchester United, should stand for. To bring forward these proposals without any fan consultation, and in the midst of a global pandemic when people should be pulling together not serving their own selfish interests, just adds insult to injury.

“When Sir Matt Busby led us into the European Cup in the 1950s, the modern Manchester United was founded in the tragedy and then triumph that followed. To even contemplate walking away from that competition would be a betrayal of everything this club has ever stood for. We urge everyone involved in this proposal including Manchester United to immediately withdraw from this proposal.”

We’ll continue to bring you updates on the European Super League throughout the day.