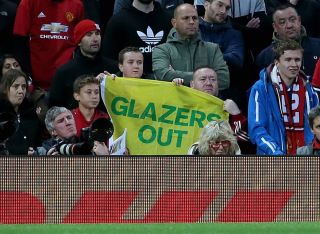 The news of Manchester United’s inclusion among the five ‘top six’ clubs in England supporting plans for a breakaway European Super League has left the football world in shock.

According to a report from The Times, the new competition would theoretically come into play for the 2023/24 season.

Depending on how true UEFA are to their word, there’s a strong likelihood that the clubs involved will be banned from competitions such as the Champions League and Europa League.

It’s concerning that they are willing to say goodbye to competition and so much football history – at the drop of the hat, with fellow corrupt football club owners, all making moves to make more money.

Sadly, Manchester United are at the forefront of this horrible idea, and last night posted a generic statement about their involvement in the Super League.

There are people working at the club who I feel sorry for too, especially knowing they had no involvement in the decision-making process and that anyone who cares for Manchester united will be against the Super League.

This is the kind of situation that forces you to compromise your integrity, or lose your job, so I am very interested in hearing from Ole Gunnar Solskjaer and other managers when we get more developments on the Super League.

Parasites on the game. They have ruined the club and are now trying to ruin the game. After 50 years, I now feel dirty being a fan

This is the first time in 36 years that i am ashamed to be a #ManUtd supporter. Hang your heads in shame Glazers!

They literally do not care for the locals anymore. If they branch off to join a super league i can’t associate myself with what would effectively be a franchise rather than the club a have followed my entire life. This super league has potential to ruin elite football.

I feel saddened that United are involved in this. This is a club I have supported my whole life, and while everyone has their breaking point (as we seen post-2005 with FCUM), but it’s not something that can be easily switched off.

I don’t hate my football club. I hate the people who own it.