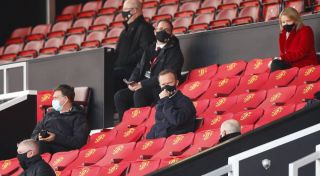 Manchester United have resigned from the European Club Association and Ed Woodward has stepped down from his role with Uefa amid the club’s involvement with the Super League, as reported by the Manchester Evening News.

Woodward was appointed onto Uefa’s Professional Football Strategy Council as an ECA representative in September 2017, and the club has already confirmed Joel Glazer will be one of the vice-chairmen of the Super League, as a generic statement read from the club’s official website last night.

However, when asked about the Super League reports in October, Woodward said: “I don’t know where that story came from.”

Sir Alex Ferguson spoke out against the Super League plans before they were confirmed in a press release published at 11.10pm on Sunday night.

Moreover, Gary Neville went on a rant about the Super League on Sky Sports yesterday.

Anyone who loves the club and football is against this. They are trying to take everything we love about United away from us.