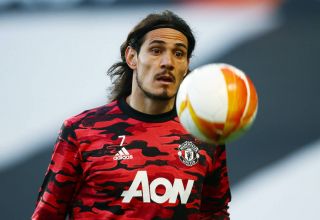 Edinson Cavani’s contract with Manchester United expires at the end of the season, and nobody truly knows what decision he will make concerning his future.

Listen to Ole Gunnar Solskjaer speak, and you will hear a man who wants the Uruguayan to stay at Old Trafford for at least one more year. It would make the Norwegian’s job a lot easier in the transfer window this summer if he decided against returning to South America.

United should try to convince the striker to give it another year to ensure he plays at the highest level ahead of the 2022 FIFA World Cup, which is likely to be the player’s last World Cup.

Boca Juniors have done everything but hide their plans to sign Cavani when he leaves United. One of their chiefs says he can see the possibility of the striker moving to Argentina before retiring.

Jorge Bermudez, member of the Boca Juniors Football Council, spoke to radio show Super Miter, as quoted by ESPN, to discuss the rumours and what he thinks will happen in the future.

“I see it possible that Cavani comes to Boca,” Bermudez said.

“Human beings have principles, and sometimes the family theme is strong, and I hope that a large part of that final decision will come to stay close to his own.”

Boca Juniors took Marcos Rojo off our hands earlier this season, which we’re extremely grateful about, but lay off the Cavani claims for another year.