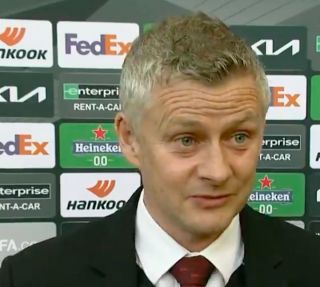 United take a healthy two-goal lead into the second leg and are huge favourites to progress to the Europa League semi-finals where they would face either Ajax or Roma.

Solskjaer explained that with players in-form, he did not want to overly rotate with United building momentum ahead of the defining period of the season.

The United boss added that it was an easy decision to leave Marcus Rashford on the bench after some injury troubles in recent weeks.

Mason Greenwood comes in on the right and is joined by Edinson Cavani and captain Paul Pogba in attack.

Listen to Solskjaer’s pre-match thoughts below, via MUTV: