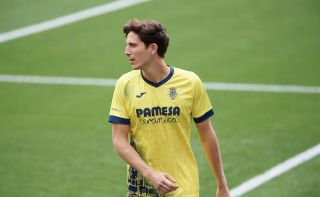 Torres, 24, has spent his entire career with Villarreal after joining their youth academy when he was just a young boy.

After successfully climbing his way through the club’s youth ranks, Torres has grown to become one of Spain’s most highly-rated defenders.

Linked in recent months with a move to Ole Gunnar Solskjaer’s Red Devils, Torres continues to see his name the subject of much speculation.

Despite the media’s relentless chit chat regarding United’s pursuit of the 24-year-old, the latest in the ongoing saga comes from Spanish outlet AS, who claim Villarreal have yet to receive an approach for their defender.

AS note that alongside United, are Real Madrid who are also keen on the talented defender, however, should the outlet’s report be accurate, the longer it takes clubs to make a formal offer, the more Torres will cost.

It has been reported, that at the moment, Torres has a release clause of £43m (€50m), however, once the summer transfer window reaches its final 15 days, the clause will rise to around £57m (€65m).