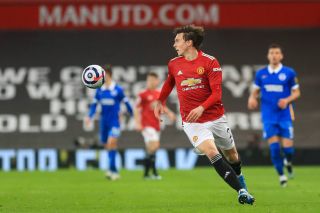 Still no place for Anthony Martial in the Manchester United squad after the French forward picked up a knee injury on international duty last week.

Although the former AS Monaco man has been in dire form this season, there’s no denying that he would be part of the squad if it wasn’t for the injury, but it might grant an opportunity to young Anthony Elanga, who has been impressing in the youth teams this season.