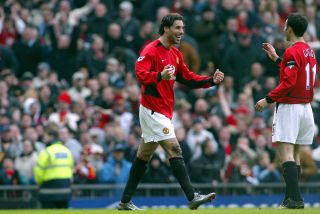 The announcement of Sergio Aguero’s imminent departure from our nearest and dearest sparked one of the best aspects of being a football fan – the good ol’ fashioned debate.

With so many fans across the globe, it is clear different opinions will arise. Opinions almost always divide and football – especially in this age of instant social media – is the epitome of that. You know the type we mean. List your club’s top ten greatest ever players? What about the Premier League’s all-time best XI? Aside from Sir Alex Ferguson and Arsene Wenger, which other managers would be included as among the best to grace these shores? Or even, which leagues deserve to be included as the best?

Aguero will leave Manchester City and, almost inevitably, it prompted that age-old discussion – which strikers should be considered as the greatest of the Premier League era. I saw three different ones, all with familiar faces – Thierry Henry, Alan Shearer, our own Wayne Rooney and Aguero himself, to name but four.

Yet nowhere was there a mention of a man who has almost become forgotten, unheralded and under-appreciated. A man never mentioned when these sort of lists are drawn up. A player whom never quite got the credit he deserved despite being one of the greatest net-busters the Premier League has ever seen.

Van Nistelrooy may have left Old Trafford under a cloud, but his numbers at United need no embellishment: 150 goals in 215 games across all competitions – 95 in 150 on the Premier League stage. He may not have been the ‘complete’ striker in the mould of a Robert Lewandowski, a Wayne Rooney, a Luis Suarez or a Didier Drogba, and indeed sometimes you wondered if Van Nistelrooy knew there was another 80 yards or so available to him, but – when it mattered  – there was no one more adept at sticking the ball in the opposing net.

Van Nistelrooy was the first United striker I can clearly remember, and there was something distinctly old school in his style. He would often play no part in the build up, loitering with intent on the edge of the play like the kid in the playground game of Wembley knockout. Down the park such players would be labelled with the derogatory term of goalhanger, but, at this level, ‘poacher’ seems more apt. Such players always seemed to be loathed: the skilful, tricky, dedicated winger or midfield man would do all the work and then the lazy, languid, can’t really be bothered striker would grab the glory by finishing the move with a tap-in. I’m not sure whether its this residual resentment – or simply because they are prone to doing nothing until the eleventh hour –  but such an approach would be derided in the modern game.

Fans nowadays want everyone to be able to do everything, but van Nistelrooy seemed to always just appear at just the right moment to do what he did best and shin, head, poke, blast, tap, sidefoot, deflect or slot into the net. Often, it was done with a wonderfully simplistic style: most of van Nistelrooy’s United goals would come as a result of David Beckham and Ryan Giggs simply, to coin modern parlance, “sticking it in the mixer”. It hardly seemed to matter where van Nistelrooy was when the ball came in, or how many defenders he had around him. If the ball went into the box, he would get to it first. Paul Scholes would find either Becks or Giggs, and one of those would would invariably see their inch perfect crosses diverted into the net by the master poacher van Nistelrooy. Often, there would be no more than four or five passes between the start and culmination of the move – simple, but with deadly effect. The Beckham/Van Nistelrooy winger/striker combination is one of the best partnerships Old Trafford has ever seen, and that’s saying something when you look at the pantheon of greats we have had.

Consider all of this, and perhaps you can go some way to understanding why van Nistelrooy, 15 years on from his Old Trafford departure, is something of a forgotten man. When talk turns to Old Trafford’s greatest individual goalscoring season, Cristiano Ronaldo’s 42-goal haul in the Double winning season of 2007/08 is always the first on everyone’s lips. For older Reds, perhaps the 1963-64 season lives long in the memory. United – under Matt Busby – were second in the First Division and FA Cup semi-finalists that season, a campaign in which Denis Law set the record for the most goals by an individual player for United in a season. Law struck a remarkable 46 goals, a tally that is unlikely to ever be usurped.

Yet no one ever remembers the 2002-03 campaign –  a season in which United won their 15th league title, and eighth of the Premier League era. The Reds wrestled the title back from Arsene Wenger’s Arsenal side, thanks in no small part to Van Nistelrooy’s 25 league goals. The dead-eyed Dutchman plundered a further 19 goals in the FA Cup and in Europe to end the season with an astonishing 44 strikes in 52 games. Van Nistelrooy led the scoring charts for three successive seasons in the Champions League during his time at Old Trafford – he is the sixth highest scorer in the competition’s history and no one, to this day, has scored more in Europe for United than him. His goals-per-game ratio in the Premier League is bettered only by the aforementioned Aguero and Thierry Henry.

That’s staggering – 15 years since he left and not even the likes of Rooney, Ronaldo, Scholes, Giggs, Andy Cole and Ole Gunnar Solskjaer have been unable to surpass the numbers of this incredible, lethal net-busting machine. Indeed, only Rooney, Law, Giggs and Scholes are ahead of the Dutchman in United’s all time list of goalscoring heroes. Exalted company for the man from Oss.

One RvN goal in particular sticks in my mind from that glorious season. United were at home to Fulham in late March, knowing that victory would send them top decisively for the first time since December. Van Nistelrooy, finding himself in unfamiliar territory on halfway, shrugs off Sylvain Legwinksi’s half hearted attempts to challenge. Ruud spins on a sixpence and bursts between two more Fulham shirts, nutmegging another, before he skips beyond Andy Melville and slaloms into the box to beautifully caress the ball and prod beyond advancing Cottagers keeper Maik Taylor. Van Nistelrooy outfoxed six beleaguered Fulham players – seven if you include the keeper – before finishing off one of the finest solo goals I’ve had the pleasure of witnessing. I can still, to this day, hear the MOTD commentary clear as day in my mind’s eye.. “Here’s van Nistelrooy, does well, van Nistelrooy, surrounded by white shirts but still going.. what a run by Ruud van Nistelrooy…what a goal this could be!!” Ruud van Nistelrooy with a very, very special effort!

The sensational strike (go look it up on YouTube) won United’s goal of the season award and Van Nistelrooy went on to score in each of the last seven games (six wins) as United got their trophy back, winning the title by five points from Arsenal and topping the table on 83 points (a paltry tally by today’s exalted standards). Ruud’s unstoppable run continued into the 2003-04 season as he netted against Bolton and Newcastle to set a remarkable new record of scoring in ten successive Premier League games – a feat since surpassed by Jamie Vardy in 2015-16 when the Leicester hitman surpassed Ruud’s long standing run by netting in a 1-1 draw, ironically against United, to find the net for an eleventh league game on the bounce (Vardy becoming the first man to set the record in a single season).

It seems almost criminal that a man with the record of Ruud left United with only one league title, one FA Cup and one League Cup to his name. Van Nistelrooy departed under a cloud when he fell out of favour with Sir Alex. The tipping point came when he was left out of the side to play Wigan in the League Cup final of 2006, Louis Saha chosen in his stead as Sir Alex’s emerging young side went on to lift the trophy and herald in a new era of dominance – one without this most splendid of strikers.

When it comes to any top ten forward debates, Ruud van Nistelrooy is certainly a shoo-in. He may have moved on in unsavoury circumstances, but he deserves to be remembers as one of United’s finest ever.