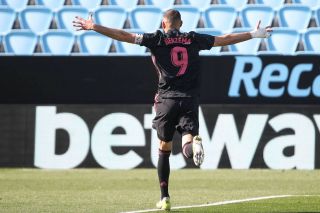 Manchester United were reportedly interested in Karim Benzema many years ago during his time at Lyon.

However, it turns out United never got particularly close as he didn’t fancy moving to Manchester, as per BBC Sport.

Now with 273 goals in 546 games, nobody can deny that Benzema is one of Real Madrid’s greatest players of all-time, winning four Champions League titles and three La Liga titles during his stint at the Bernabeu.

The 33-year-old will be key when his side take on Liverpool tomorrow night in the Champions League quarter-finals.

We can only wonder how big a signing Benzema could have been for United. He would have joined the same United side as Wayne Rooney and Cristiano Ronaldo, and he linked up with the latter brilliantly before the Portuguese star left Madrid for Juventus.