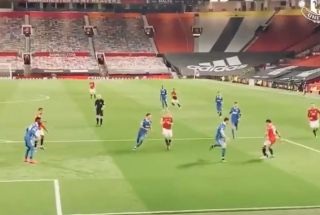 Unlike previous seasons, we are limited to television footage of Manchester United goals this season. It’s been difficult and I can’t wait to get back to Old Trafford.

The official Manchester United Twitter account has uploaded a post with video footage from the stands as Ole Gunnar Solskjaer’s side came from behind to beat Brighton 2-1.

I’m sure you have rewatched the goals plenty since yesterday, but we’ve got you covered if you want an alternative view of both strikes.

Mason Greenwood’s winner completed the comeback, but it was Marcus Rashford’s equaliser that gave the Reds momentum to win the game.