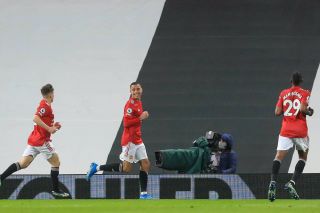 Powerless to prevent Welbeck’s rebound after good first save but looked nervy at the set-piece. 6

Failed to anticipate Welbeck’s run and paid the price. Still not convincing going forward and lost ball on few occasions. 4

Should have been more switched on for goal but became more alert thereafter and positive on the ball. 6

Made a vital challenge before the break to save United’s blushes and did enough to prevent Welbeck scoring second. 7

Flawless before international break but not as effective as United floundered going forward for large periods. Made important blocks in second-half. 6

Carried ball with some impetus without showing any real quality. 6

Relinquished possession easily in build up to Brighton opener as United didn’t manage shot on target in first-half. Volley inadvertently provided assist for Greenwood before substitution. 5

Off the pace and incessantly ran into trouble before exquisite finish put United level. 6

Exemplary technique to strike post with volley and United’s best forward throughout. His performance warranted his predatory winner late on. 8

Not involved at all apart from few awful touches on poor night for striker who has huge responsibility in Martial’s absence. 4 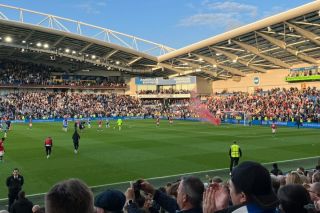