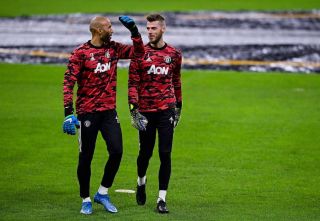 David de Gea is on the list of potential departing Manchester United players, report the Mirror.

The best we can hope for this summer would be seeing United shift players they don’t need anymore – with some of them are still earning huge salaries at the club. It’s time to replace them with younger options who are better suited to the football Ole Gunnar Solskjaer wants his team to play,

It is reported that De Gea is poised to leave Old Trafford this summer, with Henderson being a ready-made replacement.

The Spaniard has been a superb servant to United down the years, but his performances have dipped and it’s time to give the number one jersey to Henderson who looks ready for the extra responsibility of being United’s first choice goalkeeper.

De Gea doesn’t even start for Spain anymore which I’m sure comes as a blow to the player.

He would still make a fantastic goalkeeper for most of Europe’s top clubs.