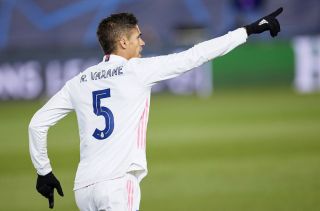 Real Madrid defender Raphael Varane is reportedly keen to move away from Spain after achieving everything he can with Los Blancos.

That’s according to today’s printed edition of ABC (via Sports Witness), who has once again looked at the defender’s uncertain future.

Despite being one of the best centre-backs in Europe, the French World Cup winner has seen his name come in for heavy criticism in recent weeks.

Largely targetted by the national media for a sub-par Champions League performance against Manchester City last season, the outlet claim Varane is now open to moving on.

Although it has been acknowledged that Varane remains a popular figure among the Real Madrid dressing room, his demands for a pay rise are thought to be falling on deaf ears, due to the club’s hierarchy needing to trim their wage bill.

The current impasse over a new deal, mixed with the player’s willingness to walk away after winning 18 major trophies, sees United listed as frontrunners to snap the Frenchman up.

ABC’s report concludes by stating that the Red Devils have ‘knocked on the door again’, years after originally trying to sign Varane.

Furthermore, should United prove successful, Zinedine Zidane reportedly has Bayern Munich’s David Alaba waiting in the wings as a replacement.