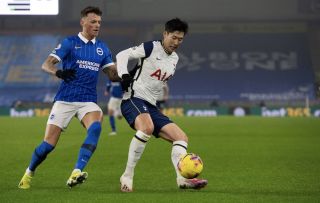 According to recent reports, Brighton and Hove Albion defender Ben White is ‘open’ to the prospect of joining Manchester United in the summer.

After climbing his way through the Seagulls’ youth ranks, helped by a series of successful loan spells, most notably with Leeds United, White has gone on to emerge as one of the league’s most highly-rated centre-backs.

Having been recalled to his side following a season on loan with Leeds United, White has featured in 28 Premier League matches, so far this season.

With his development aided by the hugely experienced Lewis Dunk at the heart of Graham Potter’s defence, White has seen his name recently linked with a big move to United.

According to a recent report from MEN, the player himself is ‘open’ to the idea of making a summer move to join up with Ole Gunnar Solskjaer.

MEN claim that in addition to Villarreal’s Pau Torres, the Red Devils’ recruitment team also have a strong interest in White, who could be available for around £35m.

Contrary to these reports, we reported at the beginning of the year, when these suggestions first came about, that United’s interest in White is nothing more than his agent trying to drum up interest.