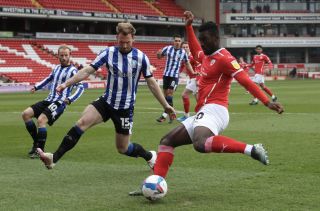 Manchester United have instructed their recruitment specialists to scout striker Daryl Dike when Barnsley take on Reading on Friday night.

Dike, 20, joined Barnsley on a short-term loan at the start of the year.

Since arriving in England’s second-tier from MLS side Orlando City, Dike has gone on to impress a host of top-tier clubs.

Despite only featuring in 11 Championship matches so far this season, the talented American has already netted five times.

The arrival of Dike, mixed with his goal contributions, has undoubtedly had a huge say in The Tykes pushing for long-awaited promotion.

In light of the 20-year-old’s recent form, a recent report from Football League World claimed one of the clubs impressed by Dike has been United.

Stretty News can exclusively reveal that the Red Devils are taking such a keen interest in the Barnsley loanee, they’ve already instructed scouts to watch on during Friday’s top six Championship clash.

However, as a club source confirmed to us, United are not the only club keeping a close eye on Dike – many other top Premier League scouts are also expected to be in attendance on Friday.

Dike’s loan with Barnsley is set to end at the end of the season, however, the Championship side does retain the option to make his switch permanent – something they’re now considering, especially given the high level of interest now surrounding the striker.