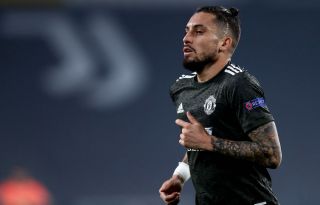 Manchester United defender Alex Telles has spoken publicly about his competition with team-mate Luke Shaw for the right to be the club’s first-choice left-back.

Since joining United last summer, Telles, although arriving dubbed as an excellent attacker, has seen his first-team chances heavily restricted.

Through no fault of his own, Telles’ reduced first-team football is, unfortunately for him, a victim of Shaw’s resurgence in form.

After winning countless ‘player of the week’ and ‘player of the month’ accolades in recent times, along with a national recall, Shaw is undoubtedly enjoying his best run of form, ever.

Speaking to the club’s official website about how his arrival has helped kick Shaw on, Telles said: “I’ve always said that, when you’ve got players of the highest quality in the team, then the thing that ends up benefiting is Manchester United; the team.

“Since I’ve arrived here, I’ve worked as hard as I can and I’ve done everything I can to show that I deserve to be here, and I think I’ve done that.

“At the same time, I’m really happy for Luke Shaw, who has made great progress and has been playing really well. He trains really well and he’s done excellently in the matches as well.

“When you’ve got a situation like that, then the team can only benefit from it. And it’s Man United that wins from that [situation].

“In terms of the two of us, we both motivate each other and push each other further forward and we help each other. That’s really, really important throughout the team, independent of the positions we play.”

The Brazilian’s passionate statement, which sees him identify the team’s needs above his own, will go down exceptionally well among fans.

United are expected to return to action on Sunday evening when they will take on Brighton and Hove Albion in the Premier League.

Although Telles will be hopeful of a rare start, given Shaw’s recent display while away on international duty with England, it’s hard to imagine the Englishman will be forced out, anytime soon.