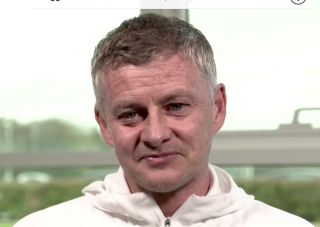 Manchester United manager Ole Gunnar Solskjaer has lifted the lid on abandoning a scouting mission after taking issue with a Mohican haircut while he was in charge of Molde in Norway.

Solskjaer travelled with a member of his scouting team to take a look at a potential transfer target, but it was a short trip because the then-Molde boss was quickly put off the player by his haircut.

Solskjaer spotted the Mohican haircut and his decision was made. No thanks.

“I once went to see a player and as he walked out of the dressing room or through the tunnel onto the pitch, he had a Mohican – this was when I was back in Norway,” Solskjaer told Sky Sports.

“I just said to my scout: ‘Let’s go home, not interested.’ This was a very short scouting trip.”

I can’t help but wonder if Solskjaer had watched Paul Pogba at Juventus, would he have recommend breaking the transfer record to re-sign the French midfielder?

Of course, Pogba knew more about Pogba from his time in United’s academy, but he enjoys making the most of his appearance with crazy haircuts and they don’t get in the way of his football.

A bad perm or shocking Mohican haircut is not going to stop you focusing on your football, so surely there was more to this player’s profile that Solskjaer wasn’t sure about.

In contrast, Solskjaer had no problems when he scouted Bruno Fernandes at Sporting Lisbon. He signed the Portuguese playmaker who has since become one of the best players in the world.

Solskjaer added: “What you see close up is the personality because you just follow him. I’d rather have Bruno’s fire in the belly and desire.

“So, what was a guy who never allowed anyone to rest, he wanted to be the best all the time.”