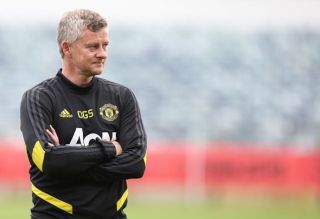 The Reds are positioned second in the Premier League and still have a chance to win a cup after reaching the Europa League quarter-finals.

A trophy would give the manager a much needed spring in his step and the team needs a taste of success.

Everyone can see our progress in the Premier League but does it matter when we are still miles off the pace?

We need to start matching Man City in various departments but it’s extremely difficult when United is being run purely as a business.

The Glazers are happy as long as the team finishes in the top four every season, qualifying for the Champions League so they make extra money.

I’m happy with the job Solskjaer has done to date and with how unified it seems in the dressing room.

It will make a difference having fans back at games and it will hopefully give our boys a boost hearing that away end bounce.