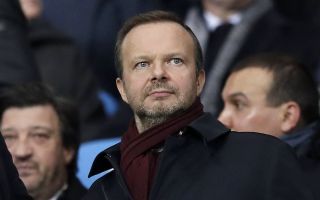 According to reports, Manchester United are in the position to make just the one ‘marquee signing in the summer.

Clubs all around the world have been financially obliterated by the ongoing COVID-19 pandemic – with fans banned from attending stadiums, budgets and revenues have been hammered.

With that being said – Perhaps the recent claims from football writer Sam Pilger, who works for Forbes, The Athletic and The Times, will come as no surprise.

According to Pilger, the Red Devils’ hierarchy will have a summer budget that allows for just one ‘marquee’ (or in other words – big named) signing.

Pilger has echoed rumours that the club is aware of the need for a new centre-back, striker and holding midfielder.

However, given the current financial impact, only one of those positions may be heavily invested in.

Sancho will be available for cheaper than last year, but United could pass on him if they decide to invest the majority of their budget in, for instance, a striker, and persist with Greenwood on the right wing.

United’s top two targets are rumoured to be Borussia Dortmund attacking duo Erling Haaland and Jadon Sancho, with the pair valued in excess of £250m combined, it’s hard to envision a scenario where both will be recruited.

Although unsurprising to hear, it does beg the question – What must the club’s priority be this summer? – Let us know in the comments.