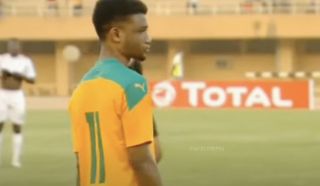 Manchester United’s attacking sensation Amad has made his senior international debut for the Ivory Coast.

Currently, on international break, the young winger was among those called up to represent his country in the latest set of African Cup of Nations qualifying fixtures.

Following on from his big-money move from Atalanta to United in January, Amad’s year just keeps getting better and better.

Taking to the field to represent his native Ivory Coast in what was his senior international debut, Amad was among those playing against Niger on Friday.

You can check his highlights out in the clip below.