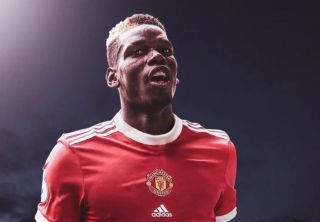 Of course, the question is will Paul Pogba be wearing Manchester United’s home kit next season? We don’t even know if he will be playing his football at Old Trafford or pastures new.

Time will tell but fans are beginning to get excited about next season’s home kit.

The leaks suggest that the club crest will move to the middle, with Adidas revisiting the 1980s with their design concept.

We may see changes to the design between now and the launch date.

Graphic designers can take advantage of the potential kit designs by making their own mock-ups of what they think the final product will look like.

United’s rumoured home kit for next season is no exception.

Take a look at the image below – via Twitter.