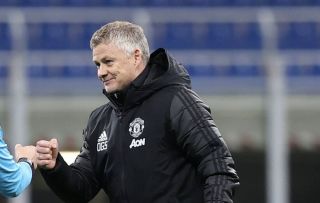 It is understood that the Norwegian will be offered a deal, regardless of whether United win a trophy or not – the club are rumoured to be happy with the squad’s progress under Solskjaer.

Having only ever managed Cardiff City and FK Molde there was huge doubt among the United faithful surrounding Solskjaer when he first took over from Jose Mourinho back in December 2018. For how good of a player he was we hadn’t yet seen that materialise in his managerial career but despite the doubts, he has proved to be a success at United. Although the progress may be slower than we would like, the club is moving in the right direction under his management.

In Solskjaer we have a man in the dugout who genuinely loves the club and has built a squad that isn’t a million miles away from winning the Premier League title. The addition of Harry Maguire in 2019 combined with the arrival of Bruno Fernandes has gone a long way to completing the Reds’ squad.

If Solskjaer can manage to get one or two more signings on board this summer then we have a real chance of winning a 21st league title next season.

He may not have been everyone’s first choice and he still may not be now amongst some fans but I do feel United are heading in the right direction under the Norwegian and that he should be offered a new contract in the summer.

It’s clear that the club are making progress and to part ways now would be a mistake which is why I feel that the decision to offer Solskjaer a new contract is the correct one.

One response to “Opinion: Is the decision to offer Solskjaer a new deal the correct one?”