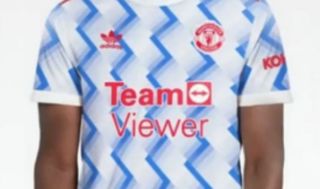 Manchester United’s new away kit for next season has reportedly been leaked online, which shows how the kit will look with the club’s newly announced shirt sponsor ‘TeamViewer’ on.

United announced the new shirt sponsor earlier this month and confirmed that current sponsors Chevrolet will be replaced by tech giants TeamViewer.

Following a recent leak of how United’s next away kit will look, which incorporates a modern take on their 1990’s old blue and white classic, fans have now been treated to a first glimpse, including the new sponsor (as relayed by the Mirror). 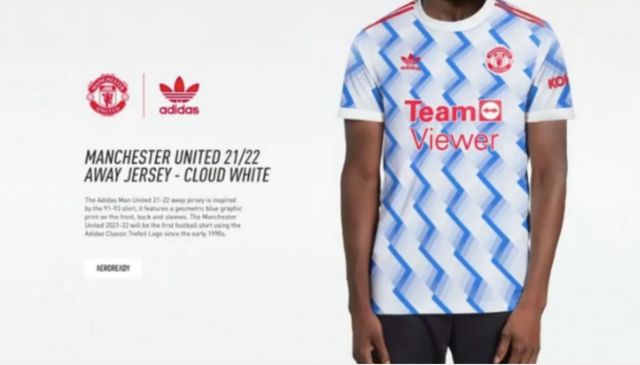 From the leaked image, fans have been quick to spot that even Adidas’ logo has undergone a slight change.

The brand’s old Trefoil logo of the three-leaf has been reinstated in place of their more modern block-style logo.

What do you think of the rumoured new kit? – Let us know in the comments.